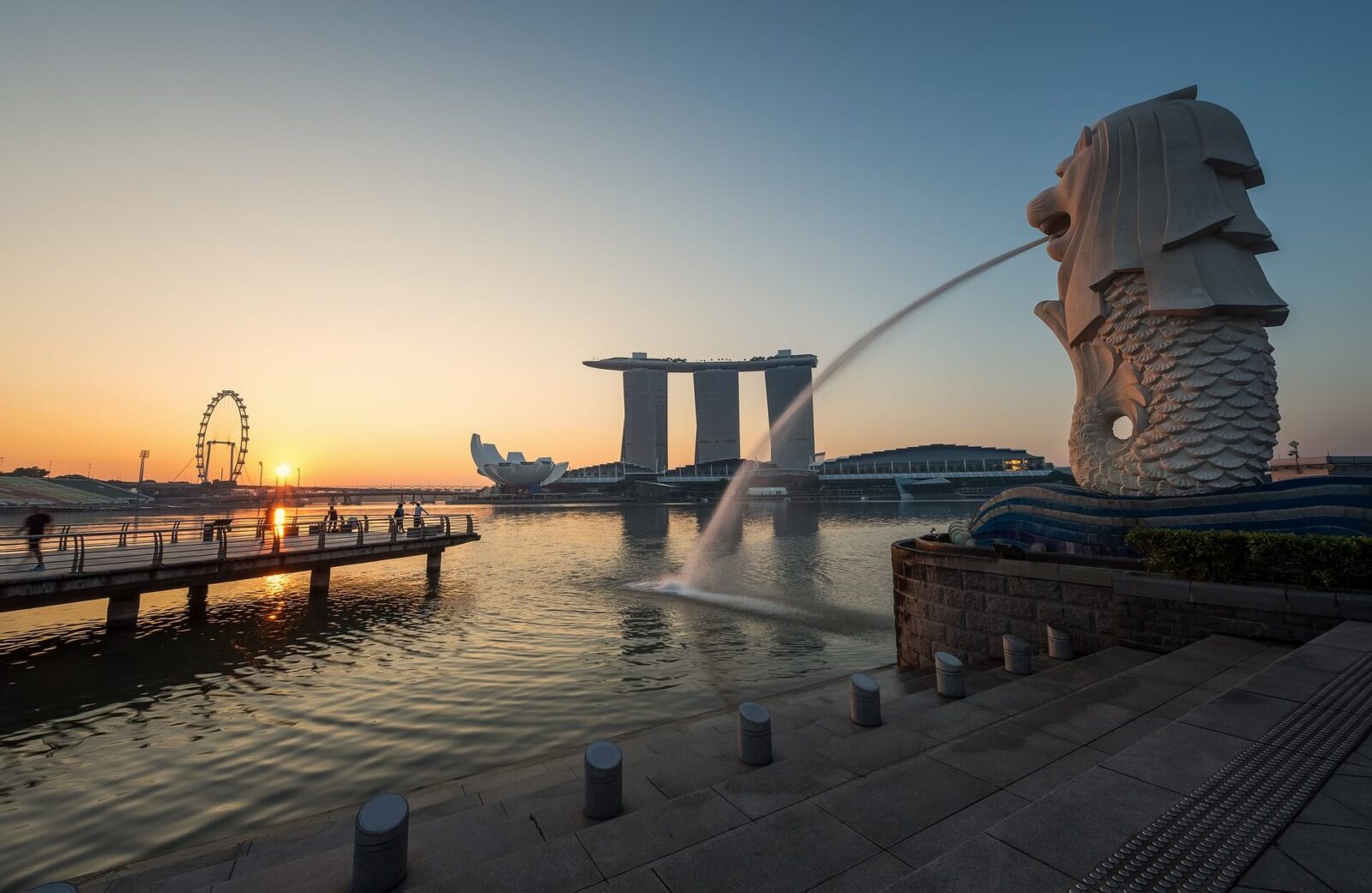 Yearly on August 20th and 21st

listen)), officially the Republic of Singapore, is a sovereign island city-state in maritime Southeast Asia. It lies about one degree of latitude (137 kilometres or 85 miles) north of the equator, off the southern tip of the Malay Peninsula, bordering the Straits of Malacca to the west, the Riau Islands (Indonesia) to the south, and the South China Sea to the east. The country’s territory is composed of one main island, 63 satellite islands and islets, and one outlying islet, the combined area of which has increased by 25% since the country’s independence as a result of extensive land reclamation projects. It has the second greatest population density in the world. The country has almost 5.7 million residents, 61% (3.4 million) of whom are Singaporean citizens. There are four official languages of Singapore: English, Malay, Chineseand Tamil, with English being the lingua franca. Multiracialism is enshrined in the constitution, and continues to shape national policies in education, housing, and politics.

Although its history stretches back millennia, modern Singapore was founded in 1819 by Sir Stamford Raffles as a trading post of the British Empire. In 1867, the colonies in East Asia were reorganised and Singapore came under the direct control of Britain as part of the Straits Settlements. During the Second World War, Singapore was occupied by Japan in 1942, but returned to British control as a separate crown colonyfollowing Japan’s surrender in 1945. Singapore gained self-governance in 1959, and in 1963 became part of the new federation of Malaysia, alongside Malaya, North Borneo, and Sarawak. Ideological differences led to Singapore being expelled from the federation two years later, thereby becoming an independent country.

After early years of turbulence and despite lacking natural resources and a hinterland, the nation rapidly developed to become one of the Four Asian Tigers based on external trade, becoming a highly developed country; it is ranked ninth on the UN Human Development Index, and has the second-highest GDP per capita (PPP) in the world. Singapore is the only country in Asia with an AAA sovereign rating from all major rating agencies. It is a major financial and shipping hub, consistently ranked the most expensive city to live in since 2013, and has been identified as a tax haven. Singapore is placed highly in key social indicators: education, healthcare, quality of life, personal safety and housing, with a home-ownership rate of 91%. Singaporeans enjoy one of the world’s longest life expectancies, fastest Internet connection speeds and one of the lowest infant mortality rates in the world.

Singapore is a unitary parliamentary republic with a Westminster system of unicameral parliamentary government. While elections are considered generally free, the government exercises significant control over politics and society, and the People’s Action Party has ruled continuously since independence. One of the five founding members of ASEAN, Singapore is also the headquarters of the Asia-Pacific Economic Cooperation(APEC) Secretariat and Pacific Economic Cooperation Council (PECC) Secretariat, as well as many international conferences and events. Singapore is also a member of the United Nations, World Trade Organization, East Asia Summit, Non-Aligned Movement and the Commonwealth of Nations.