Are your kids remote learning? They could be the target of identity theft

One day, a 12-year-old receives a notice from the IRS informing her that she hasn’t paid her income taxes for last year. Meanwhile in the next town over, a 2-year-old is being hounded by debt collectors for an outstanding credit card balance of $15,000.

No, it’s not the setup for a new episode of ‘The Twilight Zone.’ These scenarios—and worse—happen in real life all the time. More than one million children were victims of identity theft in 2017, according to a report by Javelin Strategy & Research. Cleaning up this kind of mess isn’t easy, either: Child identity theft cost parents about $540 millionin out-of-pocket expenses that year.

In the midst of a routine-disrupting coronavirus pandemic, kids are more vulnerable than ever, says cybersecurity expert Adam Levin, founder of Cyberscout and author of ‘Swiped: How to Protect Yourself in a World Full of Scammers, Phishers, and Identity Thieves.’

How can kids’ online behaviors put their own identities at risk?

With schools closed, kids are interacting online a lot more than usual, especially through Zoom and social media. And that makes them more likely to click on the wrong link, Levin told Yahoo Life. “Just by clicking on that link, they could put malware into your hub network, which could jeopardize them and the whole family,” he said. Once hackers have access to the family computer, sensitive information is fair game.

Scammers prey on the trusting nature of kids, too. A 13-year-old might have so many friends on Snapchat, he can’t keep up. “They think they’re interacting with someone [they know], but it’s not who they think it is,” Levin warns. “And that person asks them a series of questions, and [the kid] unwittingly provides information that leads to the compromise of their identity.”

Parents and grandparents aren’t powerless, though. The first thing you need is a rock-solid anti-virus software program. Norton Security Online blocks out malware, viruses, and ransomware that could compromise your family’s personal information—and it does it in real time, meaning ultimate online protection is put on autopilot across all your family’s devices. A single subscription applies to PCs, Macs, Android devices, iPhones, and yes, the iPads your kids are glued to.

‘There is nothing more delicious to scammers than the social security number of a child.’

Here’s a sobering statistic: kids are 51 times more likely than adults to have their identities stolen, according to a 2011 study by Carnegie Mellon’s CyLab. Minors are targeted for two very simple reasons: they have no credit history, and no one is looking.

“Most parents don’t add their young children to their credit cards. Most kids aren’t going for loans when they’re 10 years old,” said Levin. “So that means no one’s checking to see if there’s a credit file, much less to see whether the child’s score took a precipitous drop.”

In most cases, no one knows a child’s identity has been stolen until they grow up and apply for a student loan or their first apartment. Imagine the rude awakening of learning at age 18 that you already have a 10-year credit history—and your score is in the tank.

Now imagine an even worse-case scenario. The perpetrator of your identity theft was someone you trust most in the world: your own parent.

What happens when parents steal their own child’s identity?

You can do everything possible to protect a child from identity theft—invest in Norton Security Online anti-virus software, keep the child’s social security number a secret, use parental controls, and teach kids online safety protocols—and the danger can still come from within the family itself.

Think about how easy it is for a desperate parent who’s deep in debt or struggling with a poor credit score to steal their own child’s identity to apply for loans, utilities, or credit cards. As despicable as it sounds, it happens. How often is unknown, mainly because this familial crime is such a delicate topic.

“When it occurs within a family unit, there’s a very high likelihood that no one is going to rat out their parent,” says Levin. He told Yahoo Life he’s known of people who’ve chosen to file bankruptcy rather than turn their relatives in for identity theft.

Levin also told a story of a grown child whose father had stolen his identity and racked up $30,000 in credit card debt. “He went to his father and said, ‘You’ve got to make this right,’” Levin recalls. “The father said, ‘I can’t afford to make it right. What are you going to do to me? I’m your father.’”

Once in a while, the red flags fly in your face. Maybe you’re turned down for government benefits because your child is allegedly receiving them, or you get collection notices from banks or even the IRS on behalf of your child, says the FTC.

You shouldn’t wait for signs of child identity theft to fall into your lap, though—especially if you’re estranged from the child’s other parent or have a family member you think could be capable of such a crime. Be proactive by asking for a manual search of a child’s credit file. Be ready to provide proof of identity, too, like the child’s birth certificate and social security card.

If you discover fraud, report it directly to the companies involved. The FTC also suggestsreporting identity theft to the credit bureaus themselves, explaining that your child is a minor who was never even authorized to incur such debt. And always report identity theft of any kind to IdentityTheft.gov or call 877-ID-THEFT.

Then make sure all your family’s devices are protected with Norton Security Onlineantivirus programs, so at least your home network will be safeguarded online intruders. It takes a village and a lot of precautions to keep kids’ identities safe from prying eyes. 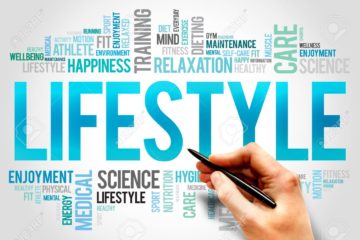 How Much Do You Need to Retire Early?

Early retirement might seem like a dream. But it’s one that you can achieve if you plan early and set goals as if your life depends on it. In fact, it does. So, ask yourself: Read more…

Beware of these 5 signs your computer might be infected

System Mechanic is one such powerful software package that monitors your computer for malware. You can try System Mechanic for a 30-day free trial, and after that it’s just $4.99 a month. Remember when you Read more…

What Can A Scammer Do With The Last 4 Digits Of Your Social Security Number?

In this day and age of information overload via many information channels, including social media platforms, many people are unaware or naive about the kinds of information that should be shown to the public and Read more…