A “phase four” stimulus package could be introduced and voted on in the House of Representatives as early as this week, according to Democratic leadership. We don’t yet know exactly what a new stimulus plan from the House might look like, or what provisions Republican congressional leaders and the Trump administration will insist on including, but here’s a rundown of what could be in the next stimulus package, the price tag of which could certainly rival the massive $2.2 trillion CARES Act.

To be clear, we don’t have any specifics at this point regarding what Democratic leadership might want included in the next stimulus package. But, House Majority Leader Steny Hoyer said that a vote on a bill could come as soon as this week, and here’s what House Speaker Nancy Pelosi has previously indicated could be in it: 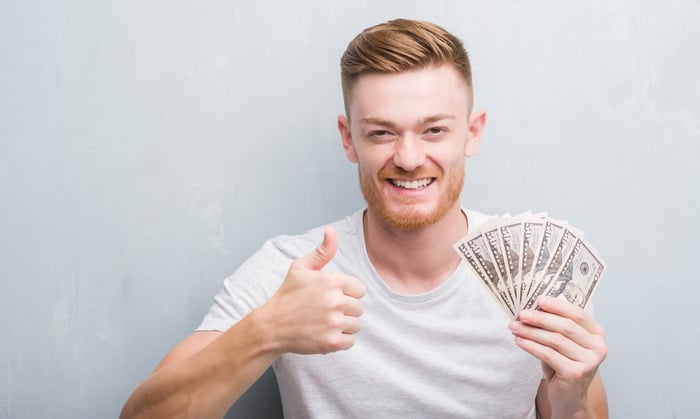 The White House has some different ideas

The Trump administration isn’t necessarily opposed to any of the things House Democrats will reportedly include in the next stimulus effort. And the massive CARES Act certainly included provisions from both sides of the aisle.

However, the administration reportedly wants to see tax cuts for businesses, individuals, and investors included in whatever stimulus package comes next. Just a few possibilities for what could be proposed:

The administration may be in wait-and-see mode

While President Trump has mentioned the need for tax breaks in whatever stimulus action is taken next, the administration doesn’t seem to share the same sense of urgency as Democratic leaders. White House economic advisor Kevin Hassett recently said that a fourth stimulus package isn’t needed right now, calling such an effort “premature.”

Hassett suggested that it might be more prudent to watch the trajectory of the COVID-19 infection numbers and how the U.S. economy responds to states starting to reopen before deciding what the next steps should be. Treasury Secretary Steven Mnuchin, who played a key role in negotiating the CARES Act, also said that the administration wanted to be cautious before spending trillions more in taxpayer money.

The bottom line is that a phase four stimulus package certainly looks likely, but the contents and timing of such an effort are anyone’s guess at this point. We should get more clarification on the proposals from both sides of the aisle in the coming days and weeks, but for now there’s nothing set in stone.

Families will begin to receive the advance monthly Child Tax Credit (CTC) payments next month, but some parents may want to opt out. Those who owe money to the Internal Revenue Service, saw their incomes Read more…

He traveled to India to help his father. A bureaucratic tangle means he can’t get home.

Neha Mahajan, left, with her husband Ashu and their children. (Courtesy Neha Mahajan) When Georgia resident Gaurav Chauhan heard his father had been hospitalized with Covid-19 in India, he immediately decided to travel to help Read more…

The expanded Child Tax Credit will put more money into parents’ pockets this year, but the amount people receive depends on their income and the number of dependents they have. Instead of receiving the credit Read more…