Lots of Companies Cut Dividends in April. Here Are Some Big Ones That Didn’t.

Amid much gloom about dividend cuts and freezes during the coronavirus pandemic, about a dozen S&P 500 companies managed to swim against the tide by announcing increases in April.

That comes as about 20 firms in that index said last month that they plan to slash or stop paying their dividends to preserve cash as they try to stay afloat during the crisis.

Among those S&P 500 members on the positive side of the dividend ledger in April were health-care conglomerate Johnson & Johnson (ticker: JNJ) and consumer-staples company Procter & Gamble (PG). Both declared 6% quarterly dividend boosts. Johnson & Johnson and Procter & Gamble are members of the S&P 500 Dividend Aristocrats, all of which have raised their dividends for at least 25 straight years.

Meanwhile, retailer Costco Wholesale (COST) is planning to pay a quarterly dividend of 70 cents a share, up nearly 8%, or 5 cents.

Many banks are opting to maintain their dividends at current levels as they eschew stock buybacks. First Republic Bank (FRC), however, last month declared a quarterly disbursement of 20 cents a share, versus 19 cents, for a 5% boost.

Another bank in the S&P 500, People’s United Financial (PBCT), plans to boost its dividend as well. It declared a quarterly disbursement of 18 cents a share, up slightly from 17.75 cents. “The ability to provide a consistent cash return of capital to shareholders is a key part of our business model,” CFO David Rosato told analysts during the bank’s first-quarter earnings call on April 23.

Insurance company Travelers (TRV) declared a quarterly dividend of 85 cents a share, up from 82 cents, for an increase of nearly 4%.

Energy companies, and their dividends, have been hit hard during the pandemic and the sharp drop in oil prices due to over supply. But Kinder Morgan (KMI), which operates oil and gas pipelines and terminals, bucked that trend by declaring a 5% increase of its quarterly dividend to 26.25 cents. That equates to an annualized payout of $1.05 a share, although it was below the $1.25 the company had originally projected.

In an April 22 press release, the company’s executive chairman, Richard D. Kinder, said in part that “in unprecedented times such as these, the wise choice is to preserve flexibility and balance sheet capacity.”

Technology companies, by and large, have been able to weather the crisis thanks to strong balance sheets and more durable businesses.

Elsewhere in the tech world, chip maker Xilinx (XLNX) said it will raise its quarterly dividend by a penny to 38 cents a share. The company’s CEO, Victor Peng, said on the company’s fiscal fourth-quarter earnings call on April 22 that it plans to be more conservative with stock buybacks “as we focus on capital preservation and further improving our strong liquidity position.”

One sector that’s considered relatively solid for dividend safety, even in this current environment, is regulated utilities given the durability of their businesses. Southern Co. (SO) plans to raise its quarterly dividend by 8 cents a share to annually to $2.56.

The biggest declared dividend increase among S&P 500 firms last month came from Newmont (NEM), a global mining company. It plans to raise its quarterly payout to 25 cents a share from 11 cents.

The declaration of future quarterly dividends, the company said, hinges in part on the “duration and impact of the COVID-19 pandemic.”

Nasdaq (NDAQ), whose various businesses include equity derivative trading and clearing, plans to raise its quarterly dividend to 49 cents a share from 47 cents. That’s a 4% boost. 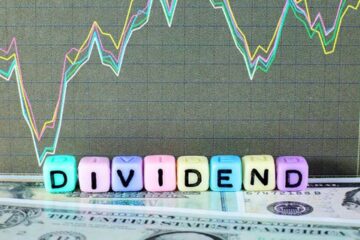